Has your dog got an infected wound? Want to get the inside scoop on what liquid bandages can do for dogs? Or whether you should use them at all? Come on in and feast your eyes as we explore the liquid bandage dog-style.

What are Liquid Bandages?

If you know what a bandage is itself, you are not going to have a terribly difficult time understanding what liquid bandages are.

They are, essentially, just another way to seal a cut or abrasion. Where you would normally place an already-formed bandage on a wound, a liquid bandage is sprayed onto the wound. After that, it forms and solidifies itself.

In fact, liquid bandages have been around for decades, at least in terms of their use for humans. Their uses are many, finding a home in the arms of parents and nurses alike.

These liquid bandage dog styles have, however, only been around for a fairly short amount of time. The differences between the human and dog versions might appear small. But they could do some serious harm if utilized the wrong way.

These differences can vary greatly depending on which brands you are looking at, but generally, they are quite similar:

These are only the basics, though. There will likely be countless small differences depending on the brand you are using. 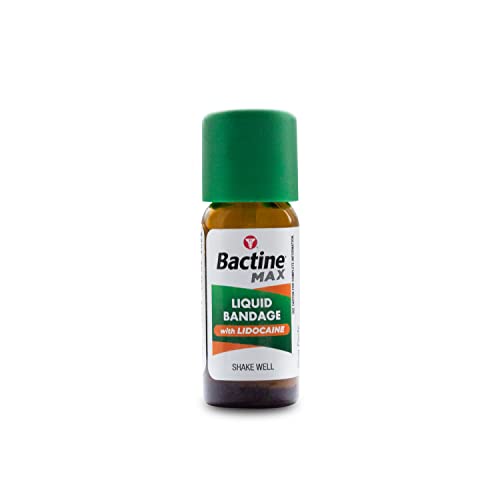 Can I use liquid bandages on dogs? This is a perfectly valid question.

Often, I have found myself squatting on my haunches in the aisles of a pet store wondering whether I need to buy a separate product for my dog or whether I can’t just use the human version I already have.

Is this not just another capitalist ploy to rid me of my hard-earned coin?

Such skepticism is not only understandable, but it is also downright encouraged by the way the world is headed. In this instance, however, you will need to do at least a little research before you go ahead and thumb your nose up at ‘the man’.

While it is technically safe to use liquid bandages for humans on your furry canine friend, it is best to look at the ingredients before you introduce any such chemicals into the equation, for example, if your dogs nail ripped off.

Often, human liquid bandages feature a whole butt-load of alcohol and other irritants that might ease the pain for a human but would otherwise encourage a dog to just itch and scratch the bandage off entirely. This atop the fact that it might encourage the growth of rashes and other lesions on your dog’s skin is surely enough reason to think twice and read the label.

Seeing as dogs have a tendency to lick just about anything that takes their fancy, you would do best to use a liquid bandage specifically designed to dry quickly enough that a dog does not get the chance to lick away at the potentially toxic chemical contents.

If you do intend to use a human liquid bandage, then be prepared to be there to prevent the dog from licking the solution as it dries.

When to Use a Liquid Bandage

With so much at stake, it would be useful to know when exactly to use a liquid bandage on your furry friend instead of another means of medication.

Liquid bandages are best when utilized for specific types of injuries that include small, clean, and/or dry cuts in areas that are prone to reopening due to movement and vulnerability.

This includes cuts on the ears, nails, nose, or on paws themselves. All of which are going to attract a considerable amount more attention than some other less vulnerable areas.

All of these areas, you will notice, are moving a heck of a lot more than others. The ears, for instance, even if they are not being moved physically by the dog itself, then are being moved by the wind that runs through their fur.

Due to the consistent opening and reopening of wounds in these areas, they become far more prone to infections, exposed on and off to the various bacteria in the air around the dog. Dogs do not exactly make it easy for themselves either, often galloping around in the literal dirt.

Thus, you should generally look to use liquid bandages for dogs if the dog in question has injured itself to the point of needing medical attention but does not need to see an actual veterinarian quite yet.

Those already cursing the many expenses that come with owning a dog in the 21st century will be expelling a great sigh of relief at the thought that they can sort out this kind of issue on their own without forking out however much to pay a professional.

However, there are instances where using liquid bandages for dogs is not quite the right thing to do.

When Not to Use a Liquid Bandage

Indeed, these liquid bandages might seem like a wonderful and ingenious cure-all. But there are some wounds that they should not be used for. At least in terms of canine health and well-being.

How to Use Liquid Bandage on Dog

It is best to follow the product’s instructions to make sure that you’re using it correctly.

Don’t let your dog get to the bandage at the moment it’s sprayed. They might lick it while it’s wet. Therefore, they’d ingest something they shouldn’t.

Try to keep them from nibbling at the bandage when it’s dry, too.

Which Liquid Bandage is Right?

There are more options than ever for just about every product in the supermarket. This is no exception for those liquid bandages we have beneath our microscope today.

Indeed, there can be an incredible amount of panic when purchasing something in the supermarket today. The noise, the hustle and bustle, all of the people, and the bright lights. This does not even take into account the yelping of your dog for mercy after they have just been injured.

If you are really at a loss and in a rush, you can scarcely go wrong with a reputable brand for the job.

Sure enough, they might not be the absolute best at the job. There might actually be a reputable brand that people know for its liquid bandages.

Still, in a rush and on a whim, a trusted brand in the field of canine and feline products will no doubt do you about as good a service as such a panic can muster.

You might even consider using a cone instead of a liquid bandage. Especially for dogs who just will not stop licking other things besides their wounds. 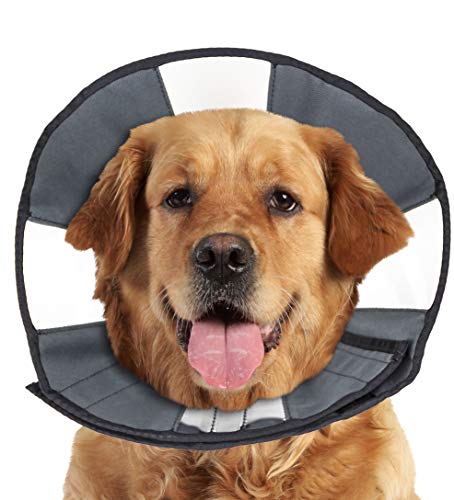 So, can I use liquid bandage on dog? The answer is it depends.

And there you have it! Hopefully, this has been of some use to you in assessing whether or not liquid bandages would be the right thing for your own dog and its wounds.

It is our hope that you now have at least some idea of how to go about helping your dog to a full recovery. Best of luck and well wishes to the poorly pooch!