Has your dog been nibbling at your supply again? Has it gone a bit too far this time? Dog ate melatonin? Getting in a panic? Well, we are here to help you out of the jam that you might currently find yourself in. Here today we will be exploring what melatonin is, why it can be dangerous in some instances, and what you can do about it, both in terms of preventative measures and solutions if they do not work.

Melatonin is a hormone produced by the pineal gland in the body of almost every animal you can think of. Its original evolutionary function is believed to have been as an antioxidant. Now it is deemed more important as a regulator of the sleep-wake cycle. It does this by ensuring our circadian rhythms run smoothly and with little interruption.

Despite its immense importance to the upkeep and sanity of just about every animal you can conceive of, melatonin was not discovered as an antioxidant. However, patents were soon inevitably filled out for its use as a sleep supplement two years later.

It has been favored by those experiencing temporary bouts of insomnia as a result of bizarre work shifts or jet lag from traversing different time zones. Its effectiveness at treating this kind of insomnia, however, has been shown to be mixed at best. For, though it helps the user fall asleep quicker, it is deemed not to have much of a beneficial effect on their total sleep time. 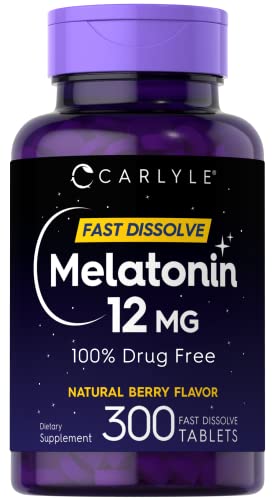 Seeing as it is something found in the body of just about any animal, melatonin is considered very safe. It is used as a dietary supplement, and sold over the counter without any prescription needed.

There are, of course, some side effects that each user should be wary of. These you will find in the instructions and warning leaflet that come in every single box of medication:

You can find these kinds of symptoms on just about any medication of this variety. So I would take it with a pinch of salt.

Melatonin in the purest form that you can get over the counter will take effect around 20 minutes after being ingested. Without the xylitol that some varieties of melatonin come with, the primary effect is sleepiness.

Thus, you can expect to experience a doggy who is lethargic and heavy. Despite how fast a dog’s heart rate can already be, the melatonin is likely to spur it on even faster. It will alongside potentially inflict stomach pain and diarrhea onto the dog in question.

This will not be the case for all situations. Rather, the severity of the symptoms will depend on just how much melatonin your dog has consumed. All dogs will be at least a little sensitive to it. This is something that they are not used to ingesting orally. But some will inevitably be more sensitive to it than others.

More severe side effects might include itching and an overall loss of coordination, as though the dog had been sipping from the community wine instead.

More specific symptoms will need to be considered if, say the dog is diabetic. If such a dog consumes a relatively large amount of melatonin or consumes it regularly over a longer period of time, it might develop a resistance to the insulin that keeps them ticking.

Equally, we might stop to consider a female dog. Overconsumption of melatonin can have a dastardly effect on its reproductive cycle, whether speeding it up or destroying it entirely.

Most dogs should, however, be able to rid their bodies of the excess melatonin after around 24 hours. So you do not have too much to be worrying about except making sure they do not consume it regularly in the long term.

When to Be Extra Careful About Melatonin for Dogs

There are of course specific circumstances in which you should be extra careful. Either to keep the melatonin dosage to a minimum or otherwise to keep it out of sight and reach of the dog altogether:

The Question of Xylitol

There are several varieties of melatonin available on the market today, though the main two are thus: the original, which is melatonin pure and simple, and the version featuring xylitol.

The former is what we have been discussing so far and, if your dog is not afflicted with any of the issues mentioned above, then chances are that it is going to be alright. The latter version (featuring xylitol), however, is a wholly different story and should be treated as such.

Xylitol can, in fact, carry with it some incredibly lethal implications, for it is toxic to dogs. If ingested, it can significantly decrease the blood glucose levels of a dog as well as cause liver damage.

Thus, some of the early signs that a dog is experiencing xylitol poisoning include vomiting and general lethargy, and weakness. Later, the dog might exhibit some drowsiness and loss of coordination, though in more extreme cases there have been examples of seizures, coma, and even death. This is caused primarily by liver failure, internal bleeding, and/or impaired blood clotting.

As some of the early symptoms are similar to the ingestion of melatonin without xylitol, it is vital that you take any symptoms you perceive seriously – this is advice that you ought to consider in any circumstance anyhow.

It only takes 50mg per pound of body weight for the dog to exhibit some of these more drastic symptoms or simply to die on you altogether. Thus, it is vital that you act as soon as your instinct tells you that something is awry rather than waiting for nature to take its course.

The effects of xylitol can begin to take effect anywhere from 15 minutes to 12 hours after consumption, so the faster you act the better.

If you even so much as suspect that your dog has ingested xylitol – whether in melatonin or otherwise – you should immediately contact your vet.

While they come up with a better solution or book you in to see them for an emergency appointment, they might ask you to force the dog to vomit. This might be whether by hand or with 3% hydrogen peroxide. 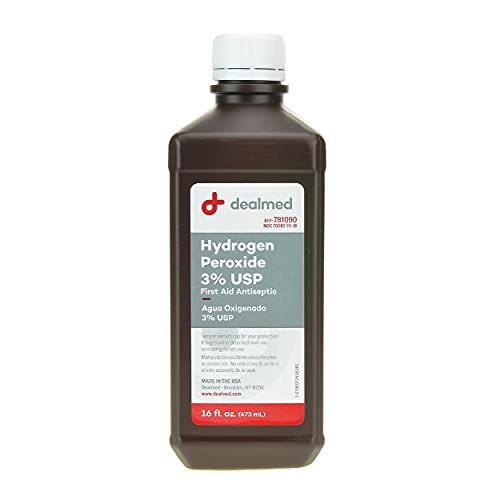 Acting quickly will save your dog pain and perhaps eventual fatality. Eschewing the inevitable panic that such a situation entails, you must attempt to be as calm as possible. Make a note of the time at which the dog took the medication. A rough estimate will do if you do not have a concrete idea. Take note too of the amount and the xylitol quantity in the melatonin.

If you do manage to make it to the vet, then your dog is likely to be hospitalized for at least 24 hours. This’ll make sure that the xylitol has been completely removed from the body.

You can expect the veterinary hospital to induce more vomiting in the dog and provide the dog with intravenous fluids. In attempting to override the effect of melatonin on the dog’s body, its blood will be tested so as to assess the glucose levels.

If the dog is still experiencing negative symptoms, it will also be provided with medication to combat the symptoms. This way, they are in as little discomfort as possible. It’ll also help guide the xylitol out of the body.

Can Melatonin Kill Your Dog?

If the melatonin does not contain xylitol, can it kill a dog? In rare instances, yes, though this is not common at all.

Indeed, even if a dog ingests a whole bottle of xylitol, it is unlikely to lead to death. Though they will certainly experience some pretty nasty symptoms like diarrhea and vomiting. Even in these instances, it would be wise to seek medical attention from a veterinarian. Just to make sure that they will be alright. It is not a bad idea to know how often to take your pet to the vet.

Dogs can overdose on melatonin, though it is very unlikely to lead to death. At worst, a dog is going to experience those grim side effects, like lethargy and nausea. If your dog has exceeded the recommended dosage (1 milligram per 10 pounds of weight), then you should seek medical attention.

In order to evade all of this, you can follow a few key steps to ensure that your dog does not get anywhere near your precious melatonin supply:

These same steps apply to a whole bunch of other medications that dogs can take. Yes, even to medication that you, the owner, will take in your life.

So, there you have it. Hopefully, this guide has enabled you to solve any issues you might have been having with your dog and its over-ingestion of melatonin.

We pray that your dog is now feeling much better and fighting fit again. Maybe next do not leave your melatonin in such an obvious place, hm?