Dog zoomies are spells of frantic activity, mostly seen in puppies, where they run around in circles. almost unaware of their surroundings. While it’s most common in puppies, it can also happen in dogs of all ages. It can be quite stressful for most dog owners and their family, particularly when indoors! And then you add dog teeth into the mix! There are a few different methods you can use to stop biting behavior during the zoomies. Read on to find out.

Why is my Puppy Biting Me?

Before we get into biting behavior during zoomies, let’s discuss biting, first.

It is completely normal for puppies to nip their owner. It is in their nature to bite, as even in their litter, it is common for them to be mouthy or nippy when interacting with other dogs.

If you see your puppy in an episode of the puppy zoomies, it is best to leave them to run themselves out, because if you are to intervene, this may provoke them into biting you.

Biting can be dangerous

It is easy to recognize the difference between a dog that is playing biting and a dog attacking someone and biting them.

That being said, it can be painful when they bite you, leaving marks and bruises, which should be trained out of them from a young age.

While this may be difficult when they are teething, there are a number of different ways in which you can discourage this behavior, which i will go through later in this post.

Dogs need to be trained that biting behavior is not okay from a young age as otherwise, they will fail to understand that it is not okay to bite people. Which can get even worse as they get older and stronger!

Adult dogs are much more likely to cause damage when biting, due to their powerful jaws. This could cause devastation if they were to bite someone else, such as a child or a stranger. So training from a young age is of paramount importance.

Dog Zoomies and Biting: How to Stop the Biting

There are a number of different ways that you can stop puppy biting during the zoomies:

Training them from a young age

It is very common for them to play bite when they are younger due to the fact they are teething, and have just learned how to communicate and play with their litter mates, other dogs, and people. Puppies also won’t be able to distinguish the different ways in which they should treat humans and dogs because they haven’t been taught yet.

In order to do this, they need to be taught bite inhibition. This method will help your puppy to distinguish the difference between chewing the appropriate and inappropriate things, and that puppy biting during the puppy zoomies is not appropriate.

To give them a good start in life, puppies need consistent training. And you need to be patient! Discouraging unwanted behavior takes time, so don’t give up.

Provide for your pet

The following is a list of needs which you puppy requires for healthy growth:

Puppies need between 18 to 20 hours of sleep per day.

While this sounds like a lot, you must remember how young they are. If it were a baby, they would probably require the same amount, in order to recharge their batteries.

While your puppy is growing, it’ll need lots of high-nutrient food. This factor can sometimes be overlooked. But good foods like dog chub is highly nutritious for growing puppies.

Puppies, much like babies are creatures of routine. Using routine helps your puppy to learn what comes next and that the world can actually be a reliable place.

Using routine will help them to feel safe and secure, while also learning to put their trust in you.

One of the key reasons puppies are so prone to biting is down to their teething. Just like babies, teething causes them pain, and biting things are a way for them to relieve this pain.

Help them out by giving them something specifically designed for them to chew. This will help them relieve their pain and make it less likely for them to bite you, and help save your shoes, dressing-gown string, I could go on! 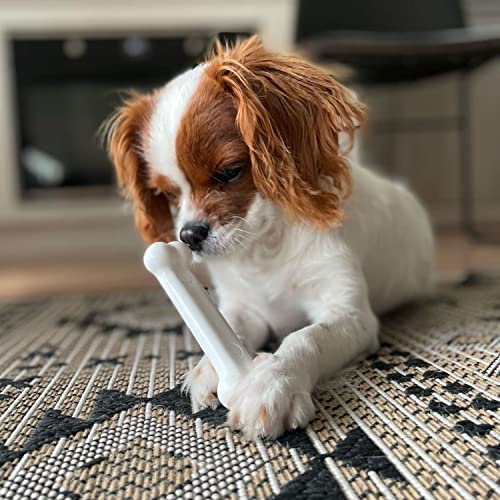 A surefire way of getting dogs to stop the zoomies is using up their energy.

If you bring your dog on frequent walks or throw a ball for them, then they are much less likely to have a zoomies attack or to bite you.

There are a few different things you can try when your puppy tries to bite you:

Yelp as soon as they bite you

If you try to copy the way your puppy yelps, this should be loud enough to get their attention and prevent them from doing this negative behavior.

If your puppy bites you in the middle of one of their puppy zoomies episodes, they may have already let go of you as they fly past. It is important to yelp in the same way when they do this, making sure your yelp is loud enough to get their attention.

It is best to steer clear of your puppy in the middle of their zoomies episode. You can just let them run themselves out until they are tired. If you are to get involved, this may encourage them to bite you if they’re already in the habit of biting.

Retract Yourself and Turn Your Back

If they haven’t already let go, make sure you retract your hand in a sharp motion. This will highlight to them that they have hurt you.

Next, you need to turn yourself away from them completely.

This is a natural reaction that other puppies in the litter would have if they were to hurt them, so they will understand this body language from you too. It will highlight to them that playtime is over. A more extreme version of this would be to leave the room.

Replace with their chew toy

Next, give your pup their favorite chew toy. It is best to redirect them to something they’re allowed to bite.

When they focus on their chew toy and play with that, then reinforce this behavior with some praise.

It’s good to have a few different chew toys to hand at this stage to ensure there’s something to grab when these instances arise.

The most important step. Some dogs are smarter than others and may pick it up quick quickly, but it will take time no matter what. All dogs have different learning paces for different tasks, even for the same dog.

Most dogs may pick up tasks such as learning to sit quite easily, but they may take a really long time to learn to stop puppy biting. The most important thing that you can do is to keep repeating these actions.

Make sure to reward any positive behavior with praise, or better yet, some tasty treats! 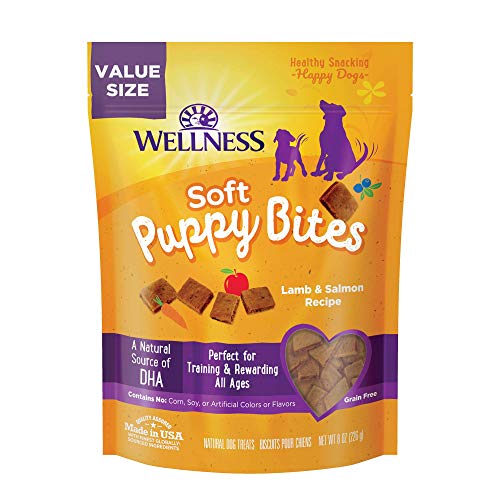 If you have an adult dog that still partakes in this behavior, it doesn’t mean it’s a life sentence. It is much more difficult to train older dogs because they will already show ingrained behavior, while puppies are ready to learn and soak up how to do things your way.

If your dog has spent most of its life thinking that it is okay to bite during a case of the aggressive dog zoomies, you will need to put in some hard work to adjust this behavior. If you have been trying for a very long time, it may be worth considering an experienced dog trainer, or behavioral expert.

Why Does my Dog Bite when he Gets the Zoomies?

If your dog bites during the puppy zoomies, it is probably due to their state of overexcitement, causing her to exhibit this poor behavior. As long as these biting episodes are infrequent, these mild aggressive tendencies are nothing to worry about.

Why is my Dog Running Around and Biting?

Some dogs tend to get overexcited by things and will display frantic episodes of running around and puppy biting or nipping. This is called dog or puppy zoomies. This can be very common and wouldn’t be something to worry about. The best way to prevent this is by redirecting their energy to a chew toy.

No Need to Overdo it With Exercise: Repetition and Perseverance are your Path to Success

Hopefully, the methods I’ve mentioned to stop your dog from biting during zoomies will help you to put a stop to this behavior. But remember that repetition is the most important way to get them to stop. Make sure that everyone in the house is practicing these steps too.

Let me know if this has helped in the comments section!

How long does it take for a dog to digest food?

Do Dogs Know Their Names?

When to Start Training a Puppy

How To Teach A Dog To Roll Over

How Often Should You Wash Your Dog?